What does Wolfhard mean?

[ syll. wol-(f)har(d), wo-lfha-rd ] The baby boy name Wolfhard is pronounced as WUHLFHH-RD †. Wolfhard's language of origin is Germanic and it is predominantly used in German. It is a two-element name derived from wulf and hart with the meanings 'wolf' and 'brave, hardy' respectively. The name was borne by Saint Wolfhard of Augsburg (1070-1127).

A variant transcription of Wolfhard is Wolfhart (German).

Wolf (shortening in English, German, and Hebrew) is another variant transcription of the name.

Wolfhard is not often used as a baby boy name. It is not listed within the top 1000. 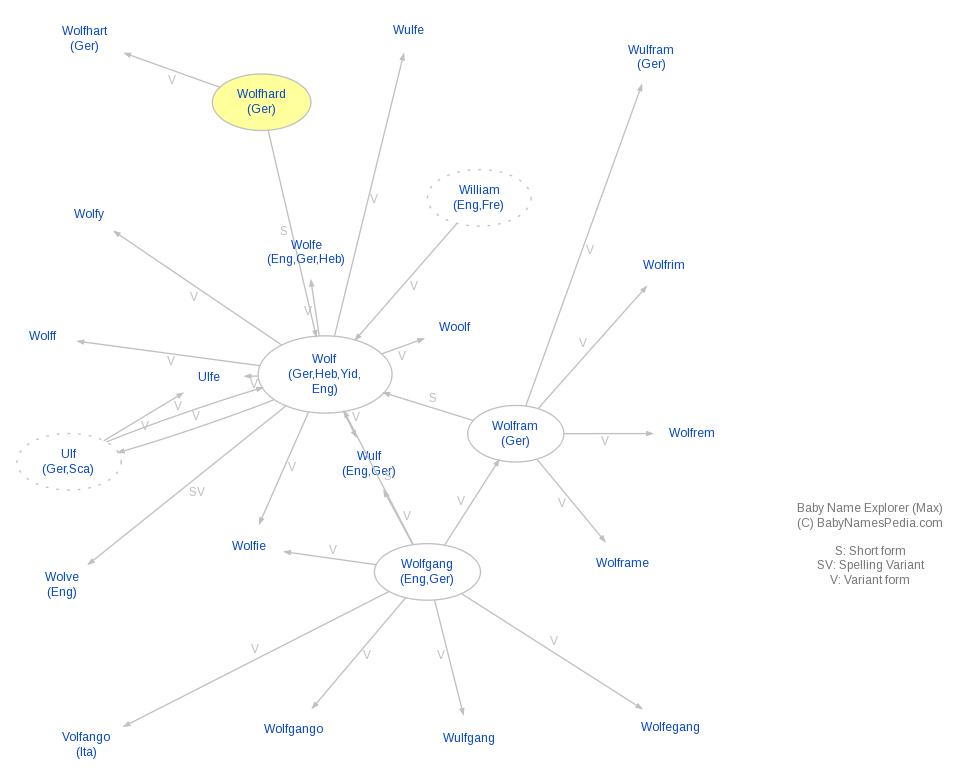