What does Woodson mean?

[ 2 syll. woo-(d)son, wo-ods-on ] The baby boy name Woodson is pronounced as WUHDSAHN †. Woodson is mainly used in the English language and its language of origin is Old English. The name means from the woods.

The names Woods, Woodsen, and Woodsin are variant forms of Woodson.

Woodson is unusual as a baby boy name. It is not ranked within the top 1000. 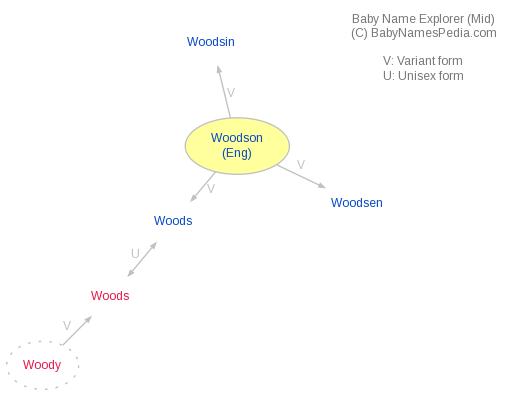