What does Wyatt mean?

[ 2 syll. w-yat(t), wy-a-tt ] The baby boy name Wyatt is pronounced as WEYaeT †. Wyatt is used mostly in the English language and it is of Germanic origin. It is derived from the elements 'wit' meaning wide ; 'witu' wood, forest. An old form of Wyatt is Wido (Germanic). The name was borne by the American gunfighter and lawman Wyatt Earp (1848-1929), who was involved in the famed shootout at the OK Corral.

In addition, Wyatt is a derivative (English) of the German name Wighard.

See also the related form, the English and French Guy. 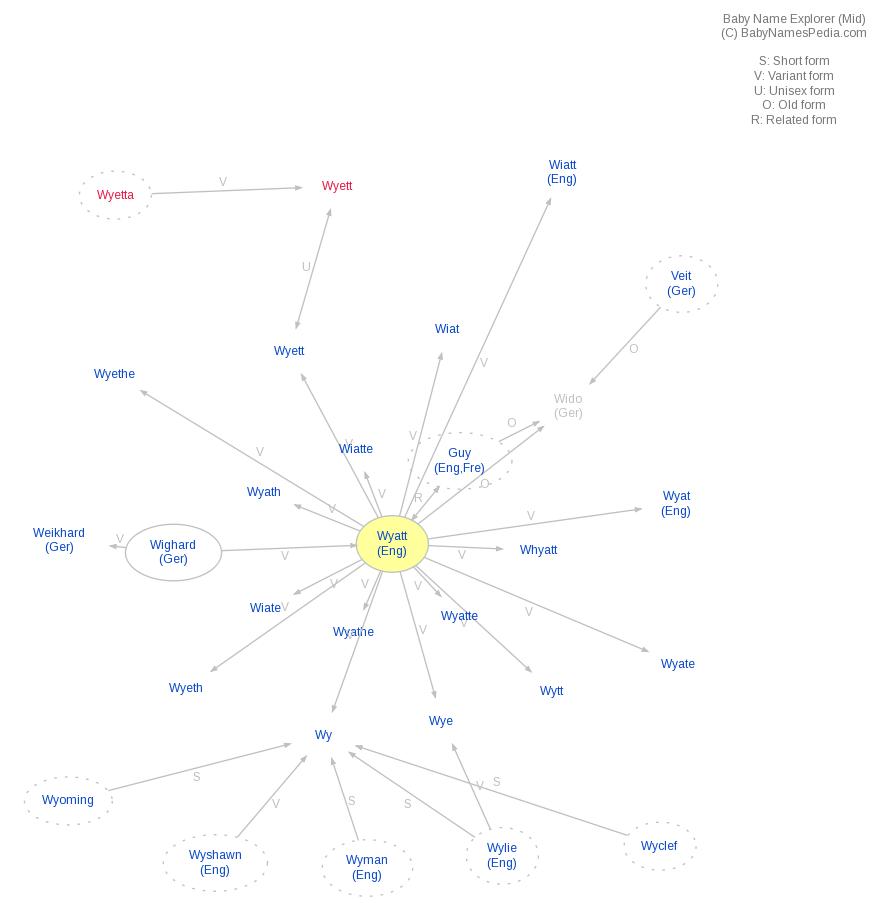