What does Xaviera mean?

[ 3 syll. xa-vie-ra, xav-i-era ] The baby girl name Xaviera is pronounced Zaa-VIH-R-aa- †. Xaviera's language of origin is Basque. It is predominantly used in English and Spanish. The meaning of Xaviera is 'the new house'. It is derived from etche which means 'house' ; berria 'new'. Xaviera is the feminine equivalent of the English, French, and Spanish Xavier.

Forms used in foreign languages include the Italian Saveria, the Spanish Xaverine, the French Xavière, and the Spanish Zaviera.

Xaviera is an uncommon baby girl name. It is not in the top 1000 names. 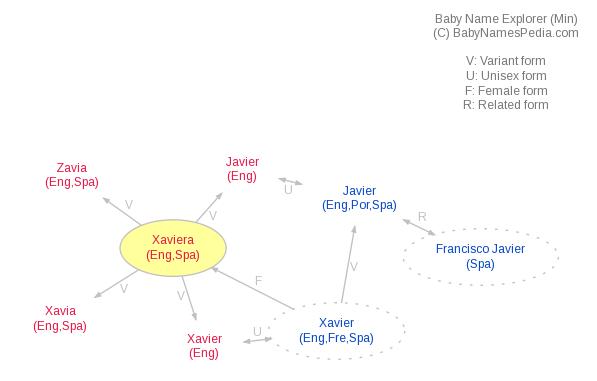