What does Xenia mean?

[ 3 syll. xe-nia, xen-ia ] The baby girl name Xenia is pronounced as ZIY-N-iy-aa- †. Xenia is used predominantly in English, German, Greek, Italian, and Romanian, and its origin is Old Greek. Xenia (Old Greek) is an old form of the name. The name is derived from the Greek word 'xenia', which is itself from 'xenos'. The name was borne by Saint Xenia the Righteous of Rome, a 5th-century saint venerated by the Orthodox Church. Xenia is also the Greek concept of hospitality shown to foreigners, and it is the root of the English word 'genial'. The Greek god Zeus was sometimes known as Zeus Xenios or Zeus Xenia, in allusion to him being a god of travelers. In recent times, the name has been popularized by the TV series Xena: Warrior Princess (1995-2001).

The origin and thus the meaning of Xenia is inherited by all variant forms.

Xenia is uncommon as a baby name for girls. It is not listed within the top 1000 names. 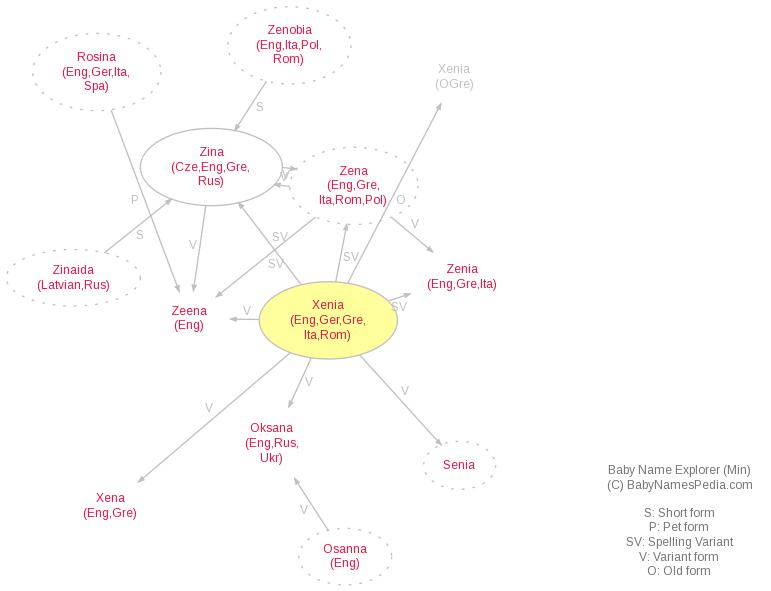