What does Xerxes mean?

[ 2 syll. xer-xes, xe-rx-es ] The baby boy name Xerxes is pronounced in English as ZAHRK-SiyZ †. Xerxes is of Old Persian origin. It is used mainly in Arabic, English, Greek, and Iranian. The name Xerxes means 'ruler over heroes'. Khshayarsha (Old Persian) is an original form of the name. The name was borne by two Persian Kings, most notably Xerxes I (519BC-465BC), the son of Darius the Great who defeated the Greeks and ravaged Athens, but was eventually defeated at the battle of Salamis and assassinated.

Xerxes is not commonly used as a baby boy name. It is not listed within the top 1000. 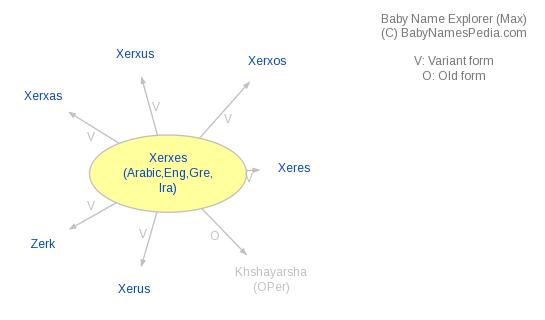