What does Yair mean?

[ 2 syll. yai(r), ya-ir ] The baby boy name Yair is pronounced as Yaa-IH-R †. Yair is primarily used in Hebrew and Spanish. It is of Hebrew origin. The name is popular with modern Israelis; in Latin American, the name is also popular due to a current trend of 'Y-' names.

In addition, Yair is a Hebrew and Spanish form of the English name Jair.

Variant forms inherit the origin and meaning of the name Yair.

Yair is rare as a baby boy name. At the peak of its usage in 2006, 0.014% of baby boys were named Yair. It was #712 in rank then. The baby name has suffered a substantial fall in frequency since then, and is now used on a very modest scale. In 2018, out of the family of boy names directly related to Yair, Yahir was the most popular. 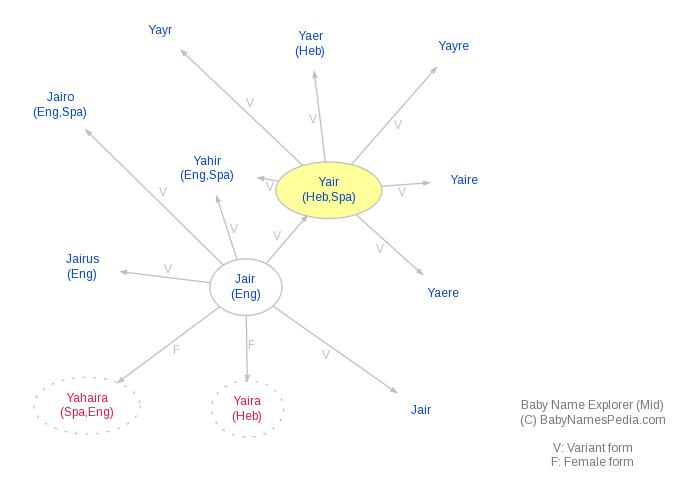