What does Yajaira mean?

[ syll. ya-jai-ra, yaj-a-ira ] The baby girl name Yajaira is pronounced YAEJHEH-RAH †. Yajaira is of African-Swahili, Hebrew, and Native American origin. It is used mainly in the Spanish language. From Native American roots, its meaning is 'clear as the day'. The name could be of Inca or Taino origin; it is commonly found in various parts of South America, such as Venuezela and Peru.

Yajaira is a variant form of the English Jahaira.

Yajaira is also a variant spelling of the Spanish and English Yahaira in the Spanish language.

Yajaira is also a variant form of the Hebrew Yakira.

Yajaira is uncommon as a baby girl name. At the height of its usage in 2001, 0.011% of baby girls were given the name Yajaira. It had a ranking of #963 then. The baby name has fallen out of favor since then, and is used only on a very modest scale today. Within all girl names in its family, Yajaira was nonetheless the most regularly used in 2018. 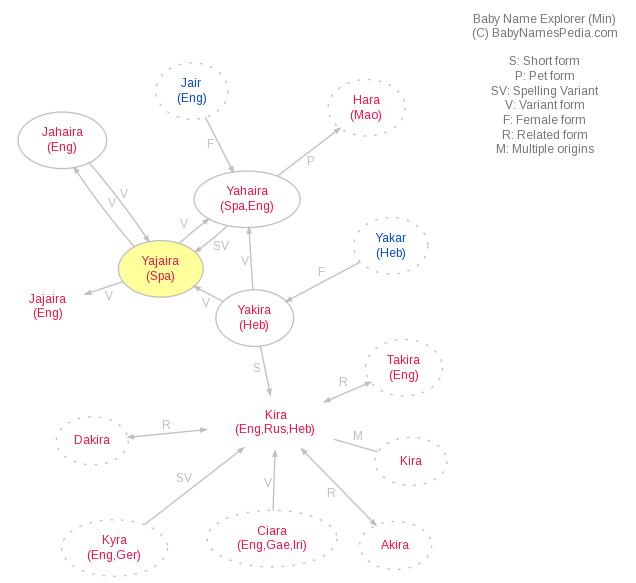