What does Yakim mean?

[ 2 syll. ya-kim, yak-im ] The baby boy name Yakim is pronounced YAA-KihM †. Yakim's origin and use are both in the Hebrew language.

In addition, Yakim is a variant form of the English, French, German, and Polish Joachim.

Variant forms share the origin and thus the meaning of the name Yakim.

Yakim is not regularly used as a baby name for boys. It is not ranked within the top 1000 names. 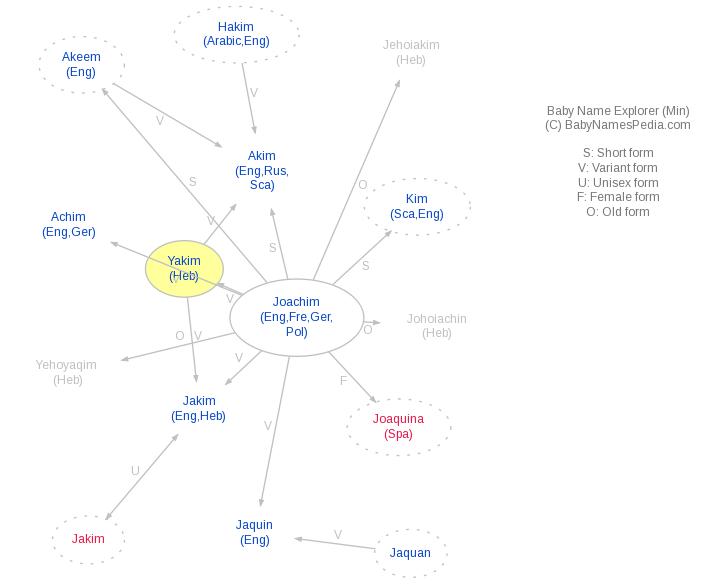