What does Yamina mean?

[ 3 syll. ya-mi-na, yam-ina ] The baby girl name Yamina is pronounced Yaa-MIY-Naa- †. Yamina is of unknown origin and it is used largely in the Arabic language.

Both the origin and meaning of the name Yamina is inherited by all variant forms.

Yamina is unusual as a baby name for girls. It is ranked outside of the top 1000 names. 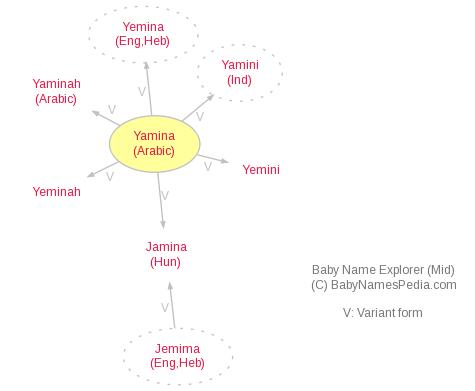