What does Yamuna mean?

Variant forms share the origin and meaning of Yamuna.

Yamuna is a rarely used baby name for girls. It is not listed in the top 1000 names. 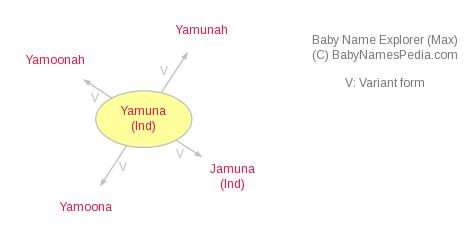