What does Yara mean?

Yara is used mostly in Arabic and Iranian. Its language of origin is Turkish. The meaning of Yara is strong; spring. The name is of obscure origin; it has been variously interpreted to mean 'strong' or 'spring'.

Yara's origin is Brazilian. In Brazilian Tupi mythology, Yara or Iara was the name of a mermaid, siren, or river goddess.

Yara is a derivative (Arabic) of the English, Portuguese, and Spanish name Iara.

Yara is also a derivative of the English name Yaritza.

Yara is rather popular as a baby girl name. The name has been rising in popularity since the 2010s; prior to that, it was of only infrequent use. At the modest peak of its usage in 2018, 0.024% of baby girls were given the name Yara. It was #672 in rank then. Out of all girl names in its family, Yara was the most popular in 2018. Yara was used 5.381% more than the next ranked name, Yareli, in that year. 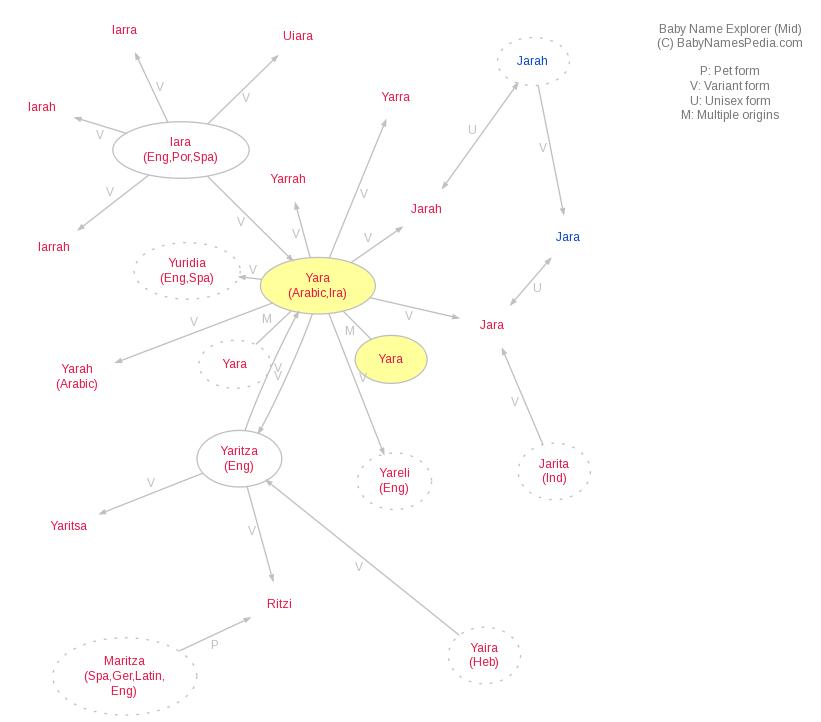