What does Yarden mean?

[ 2 syll. yar-den, ya-rd-en ] The baby girl name Yarden is also used as a boy name. It is pronounced as YaaRDEHN or YAARDahN †. Yarden has its origins in the Hebrew language. The meaning of Yarden is 'to descend'.

The contracted forms Yar and Yard are other variants of the name.

Yarden is uncommon as a baby girl name. It is not in the top 1000 names.

Baby names that sound like Yarden include the name Yardin and the Hebrew Yardena. 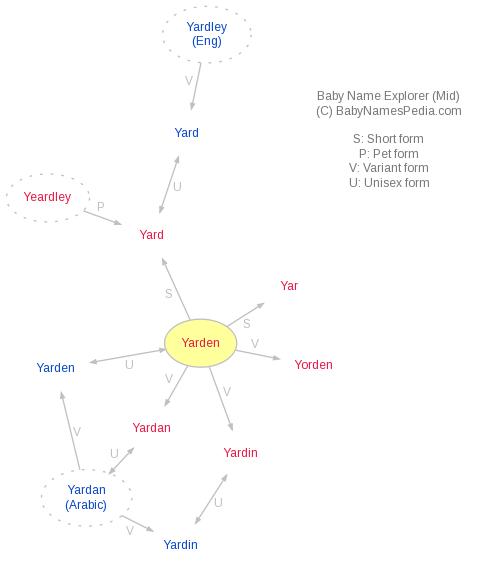