What does Yareli mean?

[ syll. ya-re-li, yar-eli ] The baby girl name Yareli is pronounced YaaRihLiy †. Yareli's language of origin is Hebrew and Turkish. It is predominantly used in English. The name could be derived from Yara or Yaira, and possibly introduced into Latin America via the large-scale immigration of Arabic speakers and the Lebanese.

Yareli is a variant of Yaira (Hebrew).

Yareli is also a variant of Yara (Arabic and Iranian) in the English language.

Variant forms share the origin and meaning of Yareli.

Reli (diminutive in ) is another variant of the name. 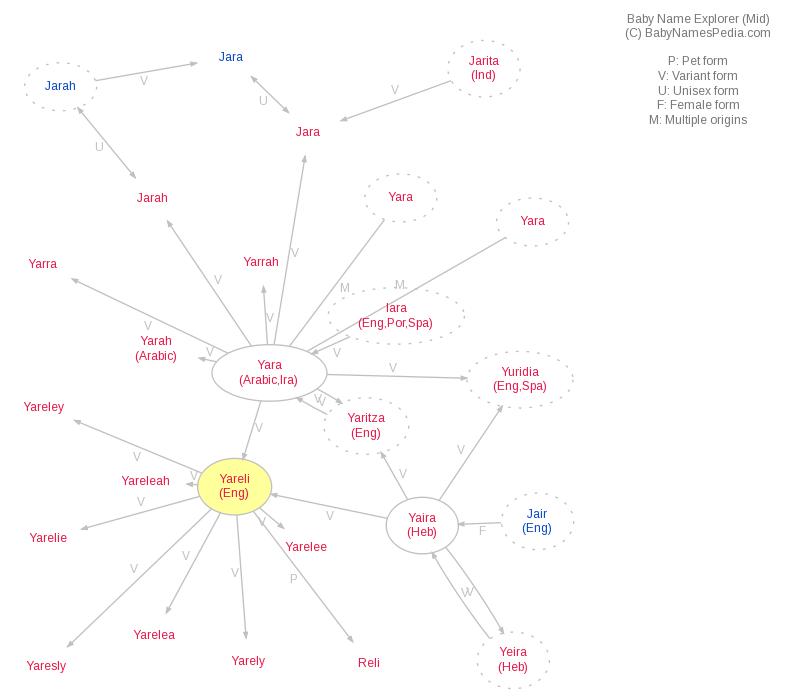