What does Yola mean?

[ 2 syll. yo-la, yol-a ] The baby girl name Yola is pronounced YOW-Laa- †. Yola's origin is African-Hausa and Old Greek, and its use, English, German, and Spanish. From African-Hausa roots, its meaning is 'firefly' - in this context, Yola can be used in the English language.

Yola is an unusual baby girl name. It is ranked outside of the top 1000. 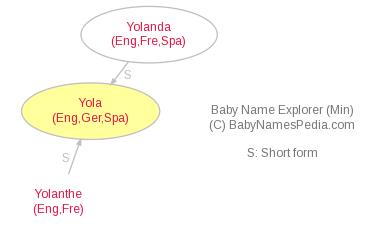