What does Yulissa mean?

[ 3 syll. yu-lis-sa, yul-i-ssa ] The baby girl name Yulissa is pronounced as Yuw-LIHS-aa- †. Yulissa has its origins in the English-American and English languages. It is used largely in English.

Yulissa is a derivative of the English Julissa.

A derivative of the name is the English Yulisa.

The origin and meaning of the name Yulissa is inherited by all variant forms.

Yulissa is unusual as a baby girl name. Its usage peaked in 1997 with 0.032% of baby girls being named Yulissa. It had a ranking of #424 then. The baby name has substantially dropped in popularity since then, and is currently used only on a very modest scale. In 2018, among the family of girl names directly related to Yulissa, Julissa was the most widely used. 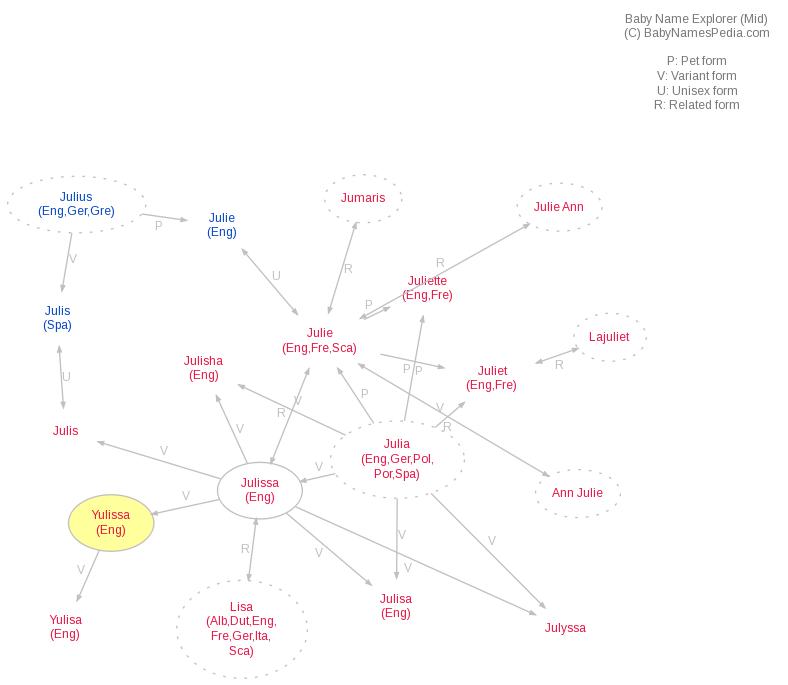