What does Yuridia mean?

[ 4 syll. yu-ri-dia, yur-id-ia ] The baby girl name Yuridia is pronounced as Yuw-RIHD-iy-aa- †. Yuridia is an English and Spanish name of Hebrew and Turkish origin. The name could have developed from Yaira or Yara, via the mass immigration of Arabic speakers, especially the Lebanese, into Latin America. It has been made known by the Mexican singers Yuri (1964-) and Yuridia Gaxiola (1986-).

Yuridia is a variant of the name Yaira (Hebrew).

Yuridia is also a variant of the name Yara (Arabic and Iranian).

Variant forms share both the origin and meaning of Yuridia.

Yuri (short form) is a variant of Yuridia.

Yuridia is uncommon as a baby name for girls. At the modest height of its usage in 2006, 0.014% of baby girls were given the name Yuridia. It ranked at #894 then. The baby name has since markedly fallen in popularity, and is today of infrequent use. Within the group of girl names directly linked to Yuridia, Yara was the most popular in 2018. 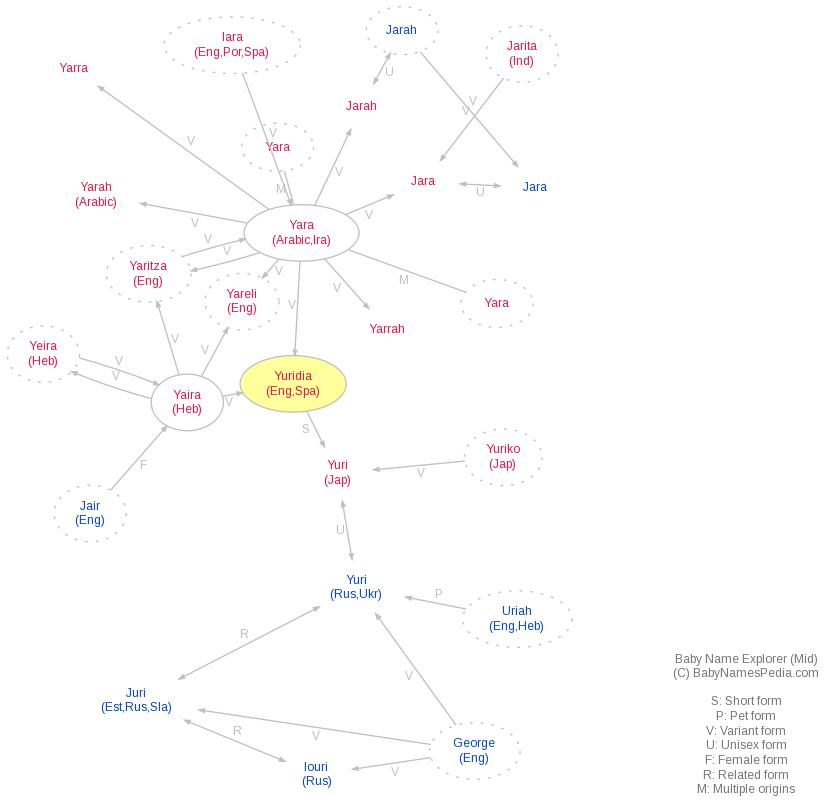