What does Yvonne mean?

[ 2 syll. y-von-ne, yv-o-nne ] The baby girl name Yvonne is pronounced ih-VAON in English or iy-VOWN in French †. Yvonne has its origins in the Germanic language. It is used largely in English, French, and German. It is derived from the word iv with the meaning 'yew'. The name could have developed as a feminine diminutive of Yves, or else directly from Yvon (Old French). Yvonne is the feminine version of the English and French Yves.

See also the related forms, the English Maryvonne, the name Voneisha, and the name Vontricia.

Yvonne is uncommon as a baby girl name. At the height of its usage in 1937, 0.288% of baby girls were named Yvonne. It was #76 in rank then. The baby name has dropped out of favor since then, and is currently used only on a very modest scale. Within all girl names in its family, Yvonne was nevertheless the most regularly used in 2018. 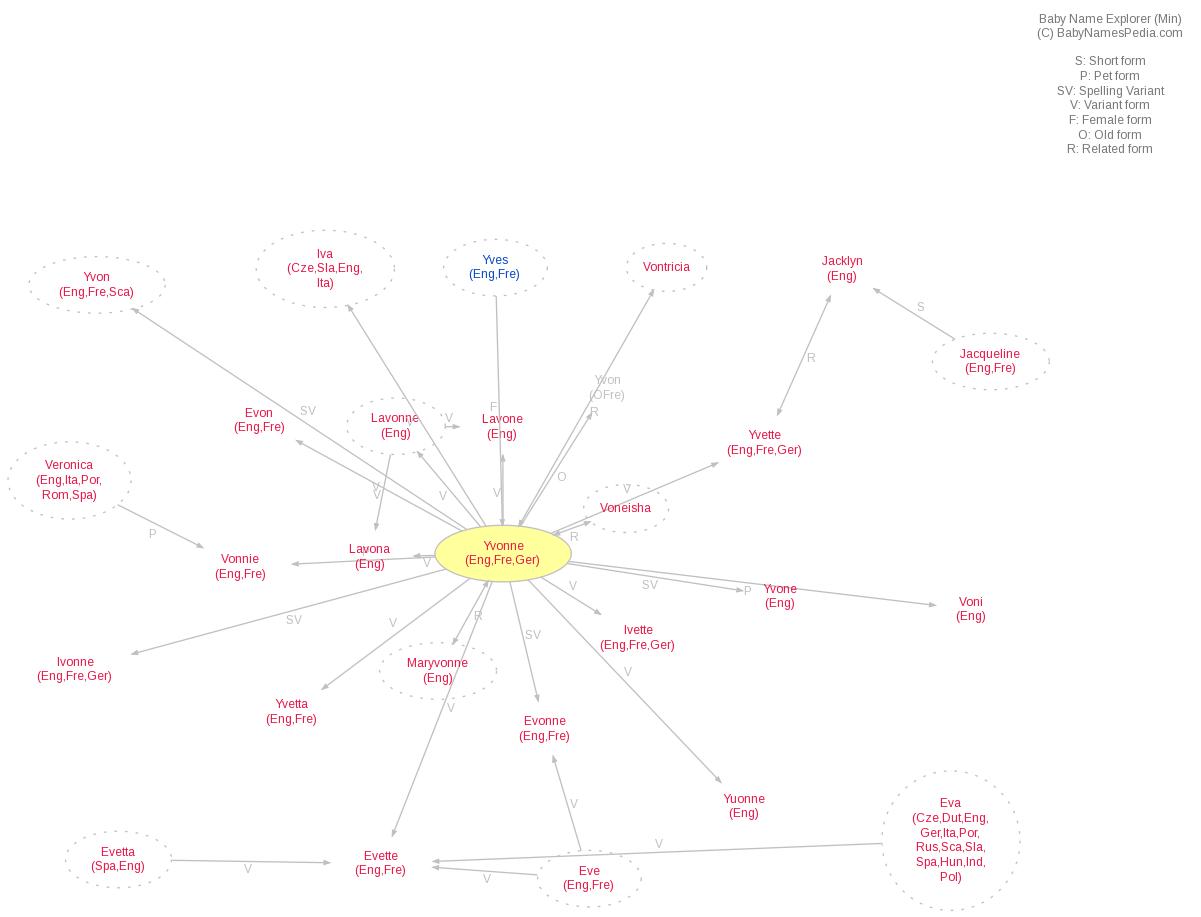