What does Zachary mean?

[ 3 syll. zac-ha-ry, za-ch-ary ] The baby boy name Zachary is also used as a girl name, but it is much more common for boys. It is pronounced as ZAEK-eriy- †. Zachary is used predominantly in the English language and its origin is Hebrew. The name's meaning is Yahweh has remembered. A biblical name, it is derived from the elements 'zakar' meaning to remember ; 'yahweh' name of God. Sacharja (Hebrew), Zacchaeus (Aramaic), Zacharias (Old Greek), and Zechariah (Hebrew) are original forms of Zachary. The Hebrew form Zechariah was borne in the Old Testament of the Bible by several people, including one of the twelve minor prophets of Judah, who wrote a book named after him. In the New Testament, it was borne by John the Baptist's father, who was for a period struck with dumbness for his disbelief in God's word. The name Zachary was also borne by Pope Saint Zachary (-752). The name was adopted by English Puritans in the 17th century. In the USA, it was popularized by the twelfth President, Zachary Taylor (1784-1850), who was a military leader. In the Scottish Highlands, the name is used as an Anglicized version of the Gaelic Sgàire. The name Zaharina (Slavic) is the female version of Zachary.

Zachary is popular as a baby name for boys. The name's popularity rose from the 1940s up to the 1990s; before that, it was of infrequent use only. Its usage peaked in 1993 with 1.237% of baby boys being given the name Zachary. It ranked at #15 then. The baby name has since experienced a fall in popularity. In 2018, its usage was 0.183% and its ranking #109, but it was nonetheless the most popular among all boy names in its group. In 2018, 6 times more boys were named Zachary than the next most popular name, Zachariah. Zachary has in the past century been mostly given to baby boys. 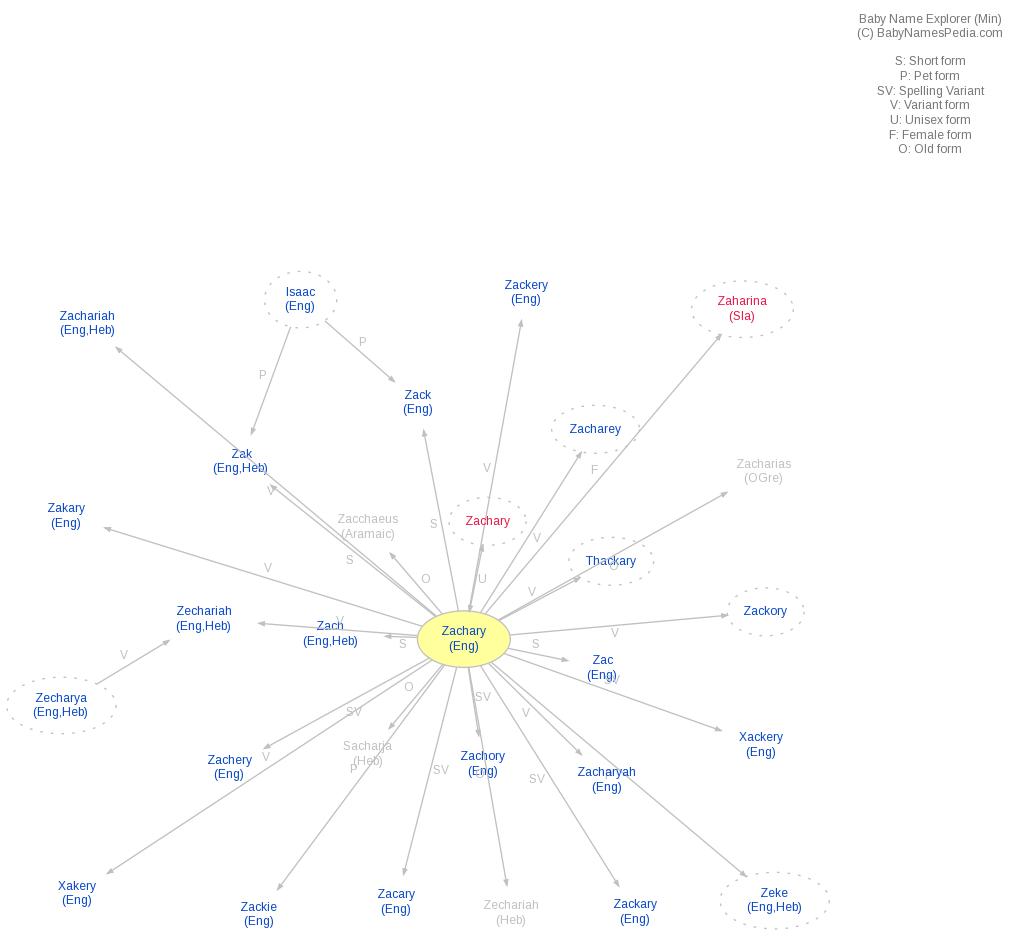