What does Zada mean?

[ 2 syll. za-da, zad-a ] The baby girl name Zada is pronounced ZAA-D-ah †. Zada is of Arabic origin, and it is used largely in the Arabic and English languages. The name is of the meaning 'lucky one'.

In addition, Zada is an English variant spelling of Zaida (Arabic and English).

Zada is uncommon as a baby name for girls. At the modest height of its usage in 1910, 0.008% of baby girls were given the name Zada. Its ranking then was #721. The baby name has since declined in popularity, and is of only sporadic use now. Within all girl names in its group, Zada was nonetheless the most regularly used in 2018. 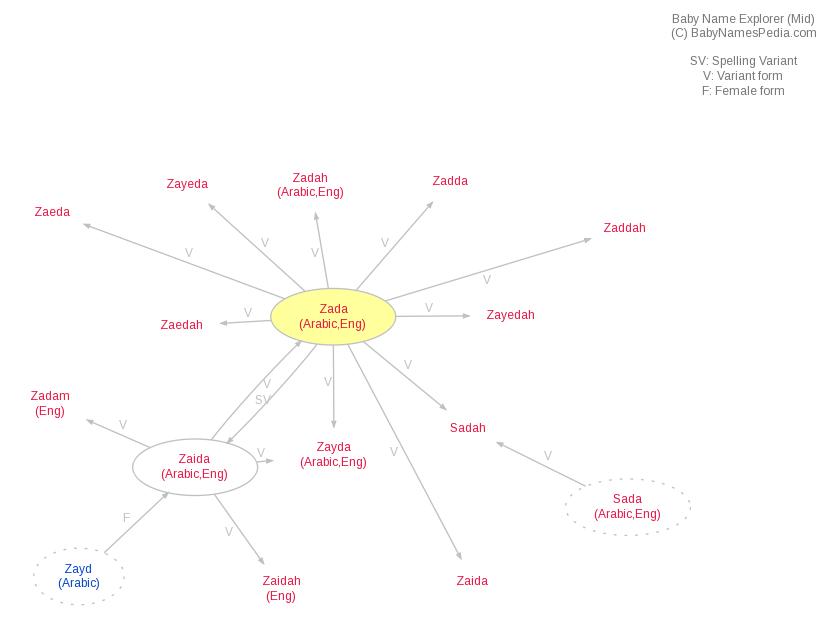