What does Zaire mean?

[ 2 syll. zai-re, za-ire ] The baby boy name Zaire is sometimes used as a girl name. Its pronunciation is ZiyIH-R †. Zaire is used chiefly in the English language, and it is derived from Arabic and African origins. From African roots, its meaning is river.

In addition, Zaire is a variant of the name Zahir (Arabic, Hebrew, Swahili, and Turkish).

Zair, Ziar, Ziare, Zyair, and Zyaire are variants of Zaire.

Zaire is a fairly popular baby name for boys. The name's popularity has been increasing since the 2000s. At the modest height of its usage in 2018, 0.020% of baby boys were given the name Zaire. It ranked at #657 then. Within all boy names in its group, Zaire was the most popular in 2018. 20% more boys were named Zaire than the next most popular name, Zyaire, in that year. In the past century Zaire has mostly been a baby boy name. 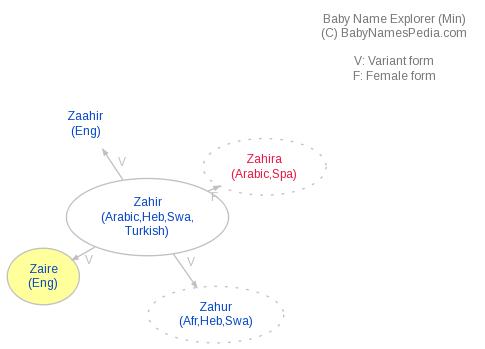