What does Zayd mean?

[ 2 syll. zay(d), za-yd ] The baby boy name Zayd is pronounced as Zaa-iy-D †. Zayd's origin, as well as its use, is in the Arabic language. It is derived from the element 'zada' meaning to increase.

Zayd is a variant of the name Ziyad (Arabic).

The name Zaida (Arabic and English) is the female equivalent of Zayd.

Zayd has 13 variants that are used in English and other languages. Variants used in English include Zaad, Zaade, Zade, Zaide, Zaied, Zaiid, Zaydan, Zayde, Zayden, Ziyad, and Ziyyad. Yazid (African) and Zaid (Arabic) are foreign variants of Zayd.

Zayd is a somewhat popular baby name for boys. The name's popularity has been rising since the 2010s; before that, it was of very modest use only. At the recent peak of its usage in 2018, 0.013% of baby boys were given the name Zayd. It ranked at #882 then. In 2018, out of the group of boy names directly linked to Zayd, Zayden was the most commonly used. It was used 9 times more than Zayd in that year. 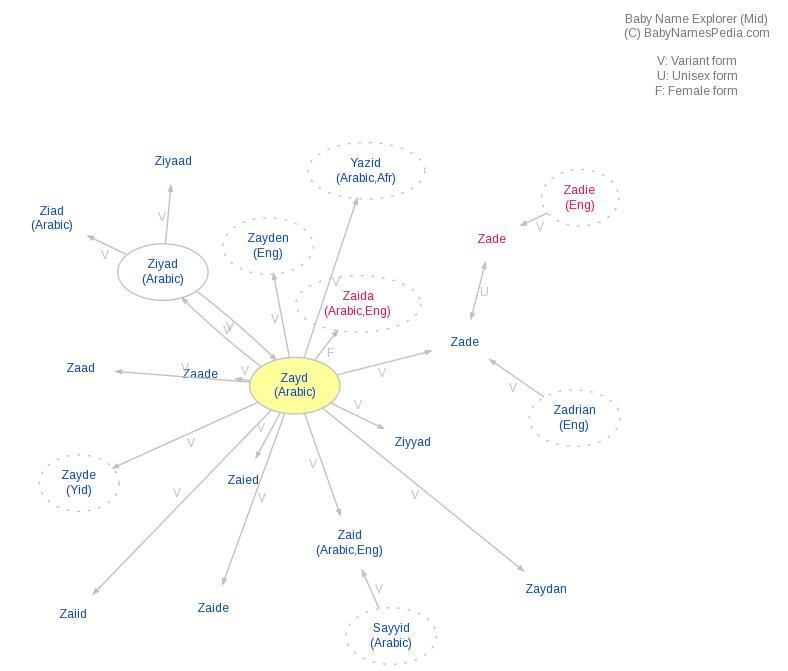