What does Zena mean?

Zena is an English, Italian, and Romanian name of Old Greek, African-Nsenga origin. Zena can be derived from other names of a similar sound, such as Zenobia and Rosina. It has been adopted by English speakers since the 19th century. In Scotland, it is taken as a diminutive of Alexina.

Variant forms share the origin and meaning of Zena.

Zena is of Old Greek origin. Here, the meaning is 'of Zeus'. Zena is the feminine version of the English, French, German, and Greek Zeno.

Zena is a variant of the name Athena (English, German, and Greek).

Zena is also a diminutive form of the name Rosina (English, German, Italian, and Spanish) in the English language.

Zena is also a diminutive form of the name Zenobia (English, Italian, Polish, and Romanian).

Zena is also a variant of the name Zina (Czech, English, Greek, and Russian).

Zena is unusual as a baby girl name. Its usage peaked modestly in 1964 with 0.011% of baby girls being given the name Zena. It was #696 in rank then. The baby name has experienced a marked decline in frequency since then, and is of only sporadic use now. Among the family of girl names directly linked to Zena, Athena was the most popular in 2018. 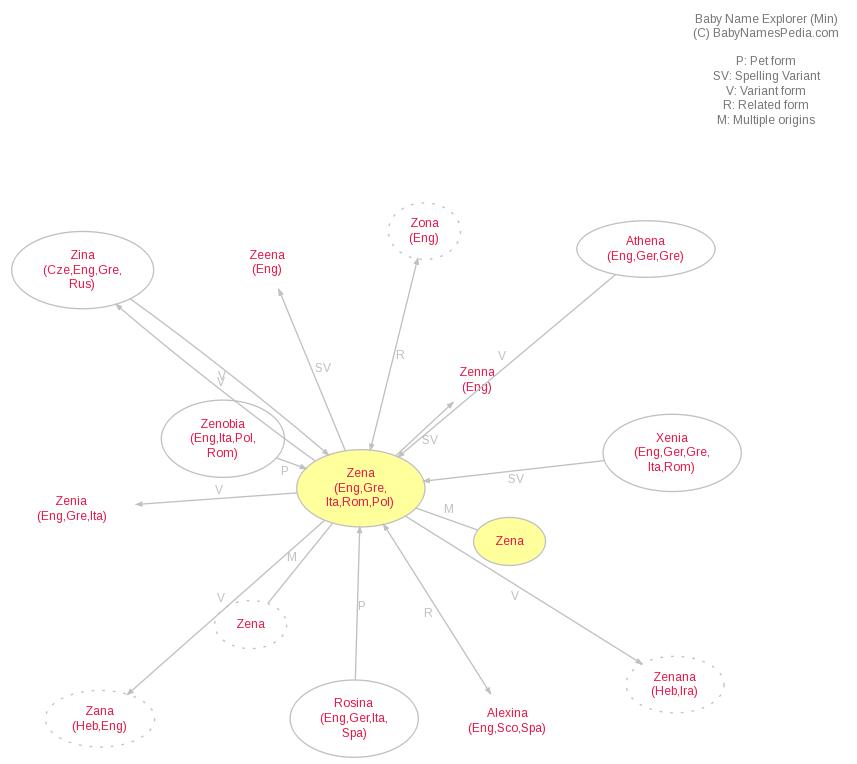