What does Zenna mean?

[ 2 syll. zen-na, ze-nna ] The baby girl name Zenna is pronounced as ZEHNAH †. Zenna is mainly used in the English language. Its language of origin is African-Nsenga, Old Greek, Old Greek, Germanic, and Latin. Zenna is a variant spelling of the English, Greek, Italian, Romanian, and Polish name Zena.

Zenna is an unusual baby girl name. It is not ranked within the top 1000. 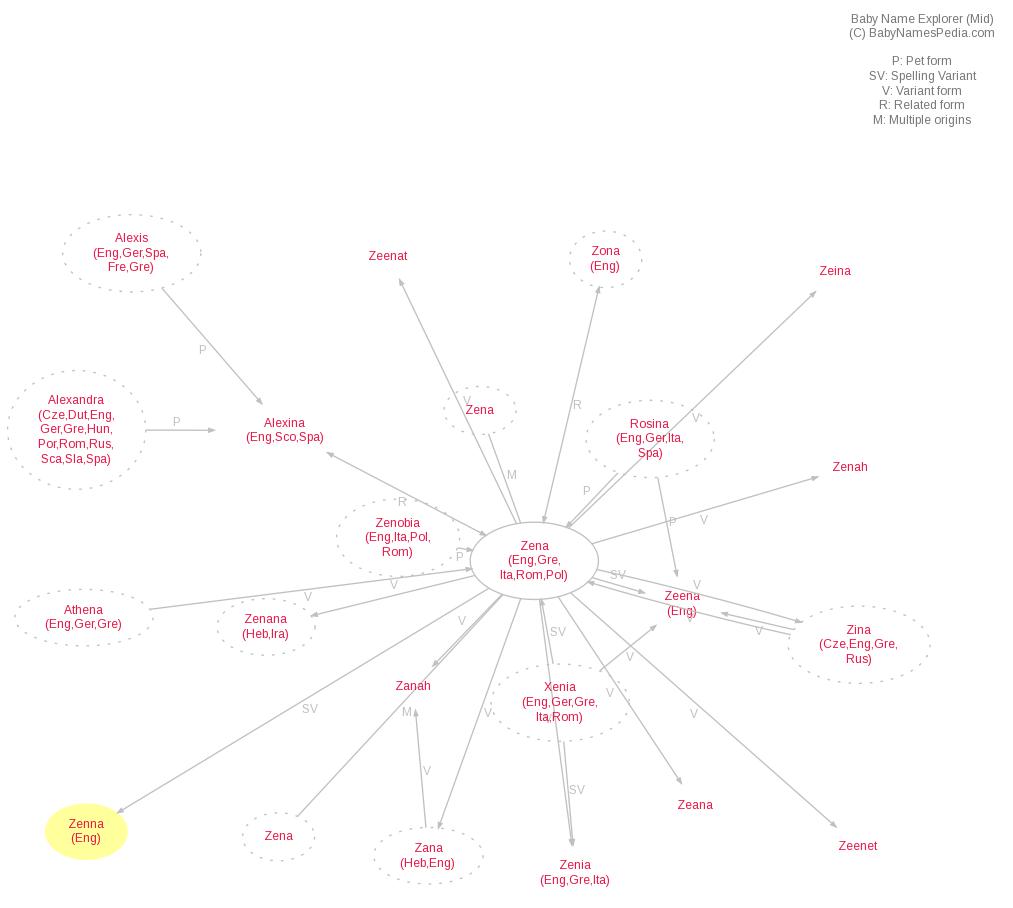