What does Zeus mean?

[ 1 syll. zeu(s), ze-us ] The baby boy name Zeus is pronounced as ZUWS in English †. Zeus is an English and German name of Indoeuropean origin. An older form of the name is Zeus (Old Greek). The name was borne in Greek mythology by the king of the gods, the sky, and the thunder, who ruled over Mount Olympus. He was also the father of Mars and thus the grandfather of the legendary twins Romulus and Remus who founded Rome. His name is derived from that of the Indoeuropean deity Dyeus Pater, of the first element 'deiwo' (meaning light, deity) or 'dyeus' (light, deity).

Zeus has 14 forms that are used in English and other languages. English forms of Zeus include Zeno, Zeuc, Zeuce, Zeuse, Zeuss, Zews, Zewse, Zoos, Zoose, Zous, Zues, Zus, and Zuse. A form of the name used in other languages is the Welsh Iau.

Zeus is not often used as a baby boy name. It is not in the top 1000 names. Within the family of boy names directly related to Zeus, Dennis was the most commonly used in 2018. 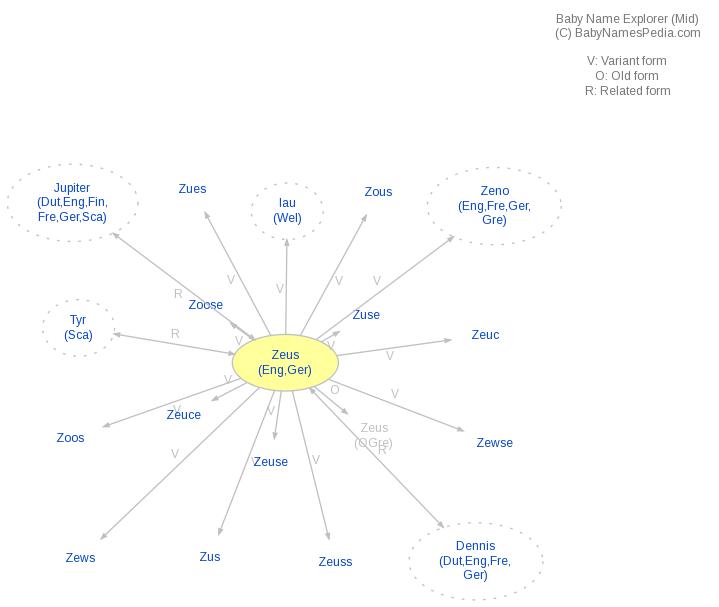