What does Zion mean?

[ 2 syll. zion, zi-on ] The baby boy name Zion is also used, but less often, as a girl name. It is pronounced in English as ZAY-aaN †. Zion is used predominantly in the English and Hebrew languages, and it is derived from Hebrew origins. Biblical name: The name appears frequently in the Bible, in reference to the land of Israel and its capital Jerusalem, and is also associated with Mount Zion, a mountain near Jerusalem.

Zion is a popular baby name for boys, and it is also viewed as trendy. The name's popularity has been growing since the 1990s; before that, it was of irregular use only. Its usage peaked modestly in 2018 with 0.112% of baby boys being given the name Zion. Its ranking then was #183. Among all boy names in its group, Zion was the most commonly used in 2018. In the past century Zion has predominantly been a baby boy name. In 2017, Zion as a baby boy name outnumbered its use as a girl name by 7 times. 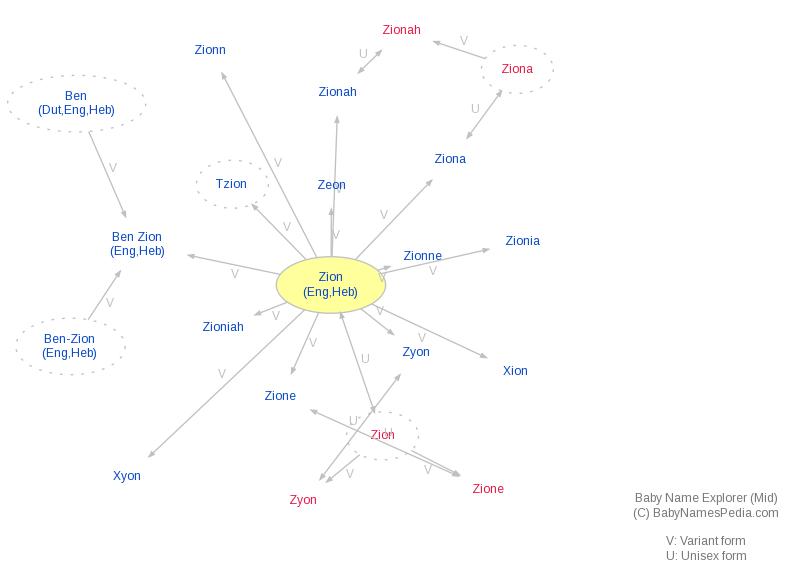