What does Zora mean?

Zora has its origins in the Slavonic language. It is used largely in Czech, English, and Slavic. The meaning of Zora is 'dawn'. Zora is the feminine equivalent of the Slavic Zoran.

Zora is of African-Hausa origin and it is used mainly in the Hausa language. The meaning here is 'a bargain'.

A derivative of the name is the Hausa Zorra.

In addition, Zora is a Slavic form of Aurora.

Zora is also a Hebrew spelling variant of the English and Hebrew Zorah.

Zora is an all-time favorite. Today it is still somewhat popular as a baby name for girls, though not to the extent it was before. In 1900, 0.031% of baby girls were given the name Zora. Its ranking then was #338. The baby name has since suffered a marked decline in frequency, and in recent years it is of only irregular use. In 2018, it ranked at #982 with a usage of 0.015%. Out of the group of girl names directly linked to Zora, Aurora was the most commonly used. Its use outnumbered Zora's by 18 times in 2018. 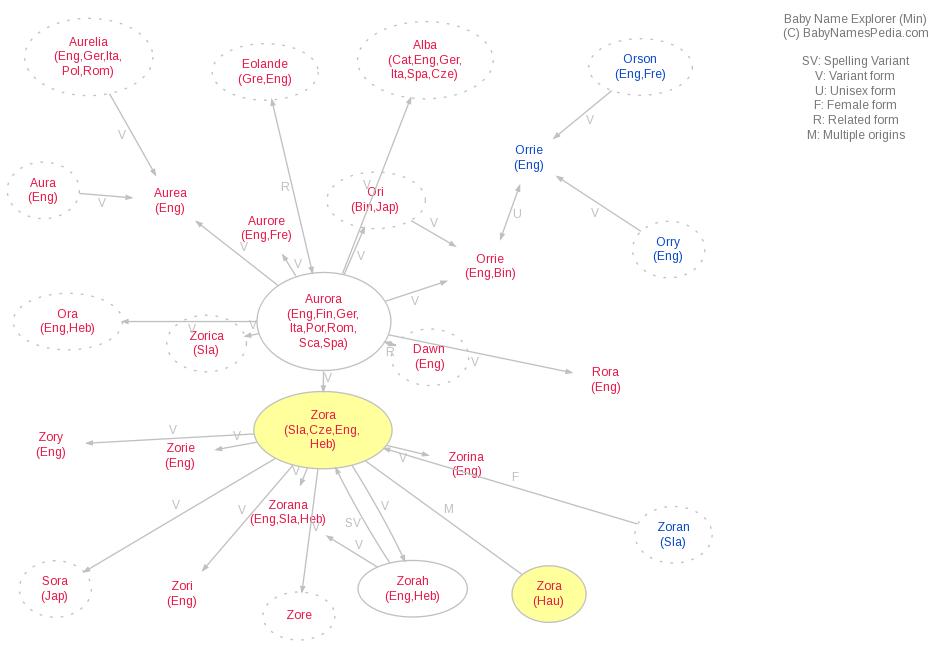