What does Zorah mean?

[ 2 syll. zo-rah, zor-ah ] The baby girl name Zorah is pronounced ZAORAH †. Zorah is of Slavonic and Hebrew origin, and it is used mainly in English and Hebrew. Biblical name: In the Bible, Zorah was a town in Judah, best known as the birthplace of Samson. The meaning of the place name is obscure.

Zorah is a variation (English) of Zora (Slavic, Czech, English, and Hebrew).

Zora (Czech, English, Slavic, and Hebrew spelling variant) is another form of the name.

Zorah is not widely used as a baby name for girls. It is not listed within the top 1000 names. Within the group of girl names directly related to Zorah, Zora was the most popular in 2018. 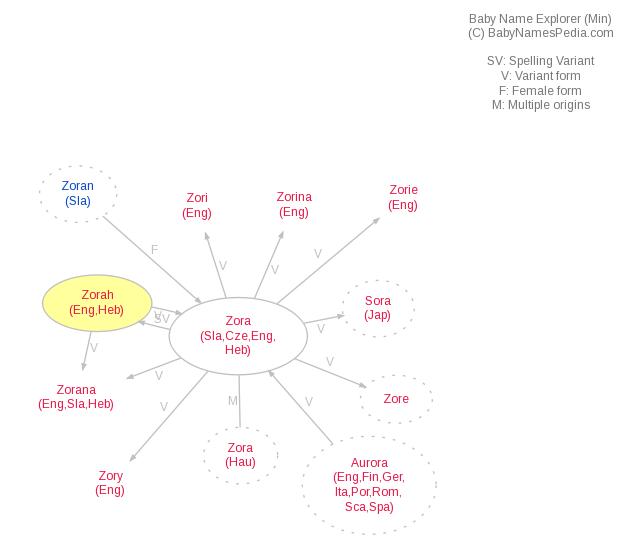